Moving to IrelandDecember 5th, 2018
Our stuff is being removed!!!

Along our road into the village there are quite a few empty cottages/buildings (and none of them seem to be for sale). I decided to take a picture of each one and actually add up how many there are on a relatively small stretch of road (about 2 miles I think). Starting from our end and working our way along the road. 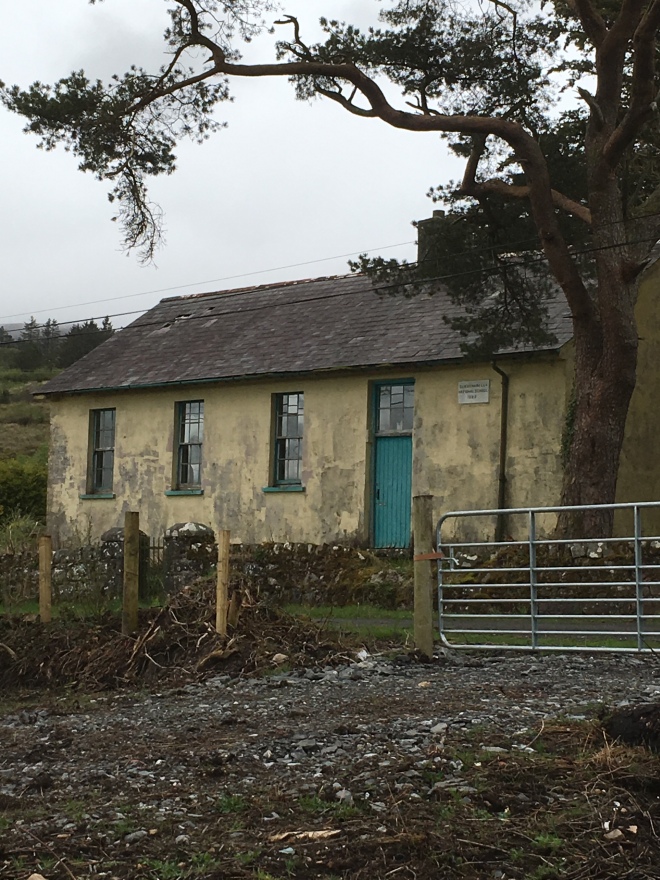 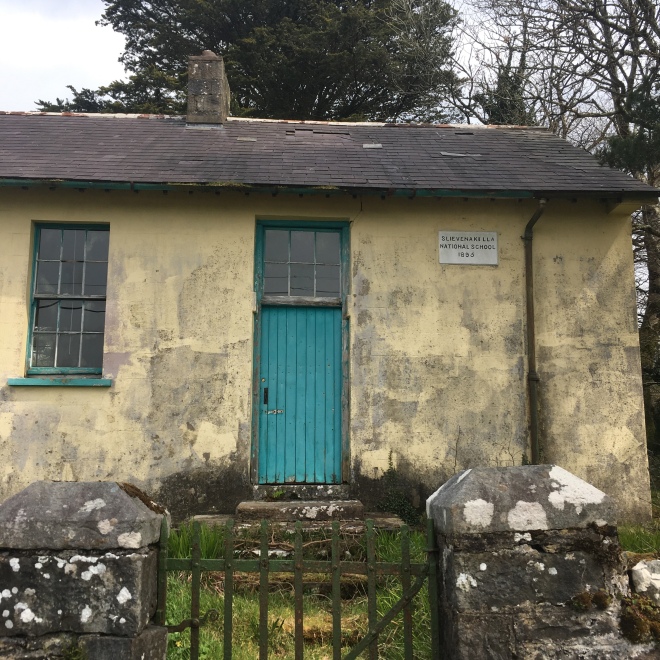 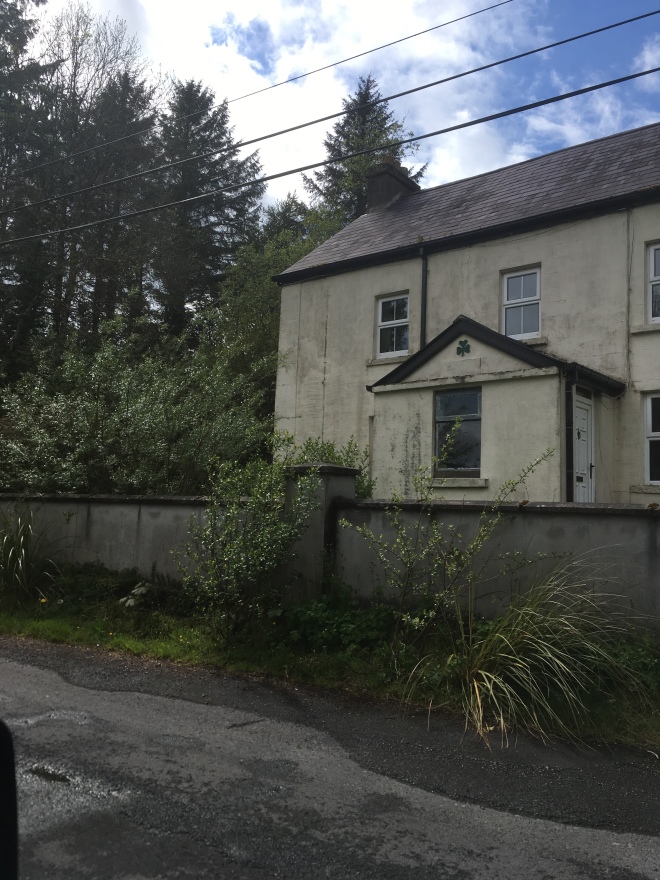 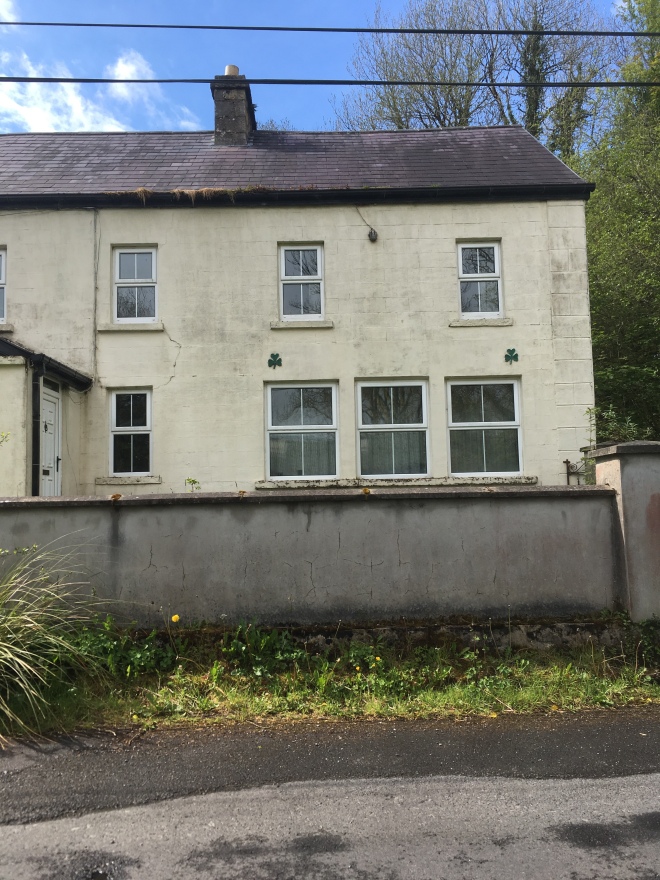 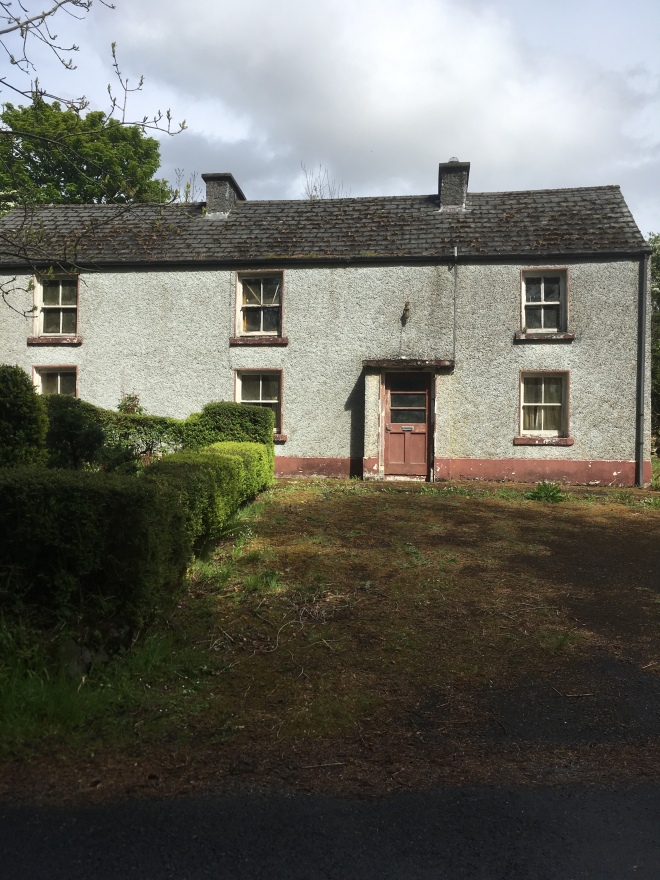 There IS a building behind there, a big old white schoolhouse. 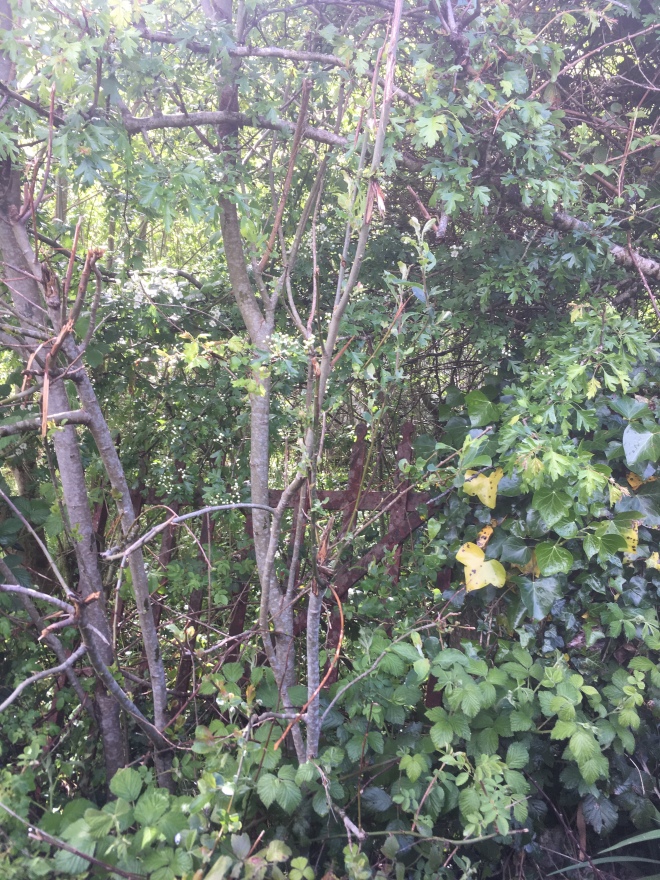 the gate to get to the school is almost hidden in this undergrowth.

So! 8 in total along a small stretch of road. I hope nobody would mind me photographing their building. (let me know if you read this and do.) 8! Two school houses included, on that short stretch. They are owned and apparently some have land with them that is used for farming.

The older locals who can remember the schools being open say it used to be fairly busy round here and now it isn’t. Mind, apparently there were 9 children that lived in our cottage at one time, so that in itself is a lot of people I suppose. 11 people in one little house! My word, we really don’t know we’re born sometimes! It would have been very basic as well. It would be lovely to see the place becoming busier and more populated again though.

There is a fella who’s doing a place up further up the road in the other direction (when he’s in Ireland), who visited relatives in our cottage as a child and is hopefully going to bring some photos of the kitchen when it had an open fire that they cooked on. Really looking forward to seeing them.

A Jesus follower who with her family are attempting (probably comically) to start a different type of life in a totally different place, but starting where we are and rolling with it and seeking God all the way, well trying to... #theshepherdsadventure View all posts by theshepherdsadventure

This site uses Akismet to reduce spam. Learn how your comment data is processed.

A girl travelling around the world on a motorcycle.

If you want to be a hero well just follow me

Blurring the lines between poetry and prose

Understanding ourselves and the world we live in.

BY GRACE THROUGH FAITH

"I just don't see things the way you do."

Words and Pictures from the Middle East & Balkans

The Manifold Wisdom of God

Expounding the richness of God

The Blog of Travel

Motorbikes, dogs and a lot of traveling.

Welcome to the world of Royals